Last week 6 production samples of the second manufacturing run and we’ve been testing them.  One of them had refused to accept a calibration, the other five had passed all production testing.  These are the first 6 “ready to ship” Mooshimeter kits that have not come directly out of our offices – as we scale we are trying to transfer more of the process to our subcontractors, so with this first batch it is critically important to make sure all the details are correct.

The “bad” meter had physical hardware damage that was caught by the calibration process.  After repair it passed all calibration and production tests.  5/6 would be a pretty bad yield, but given the nature of the failure I think we were just unlucky (one of the components on the board had been subtly physically damaged). 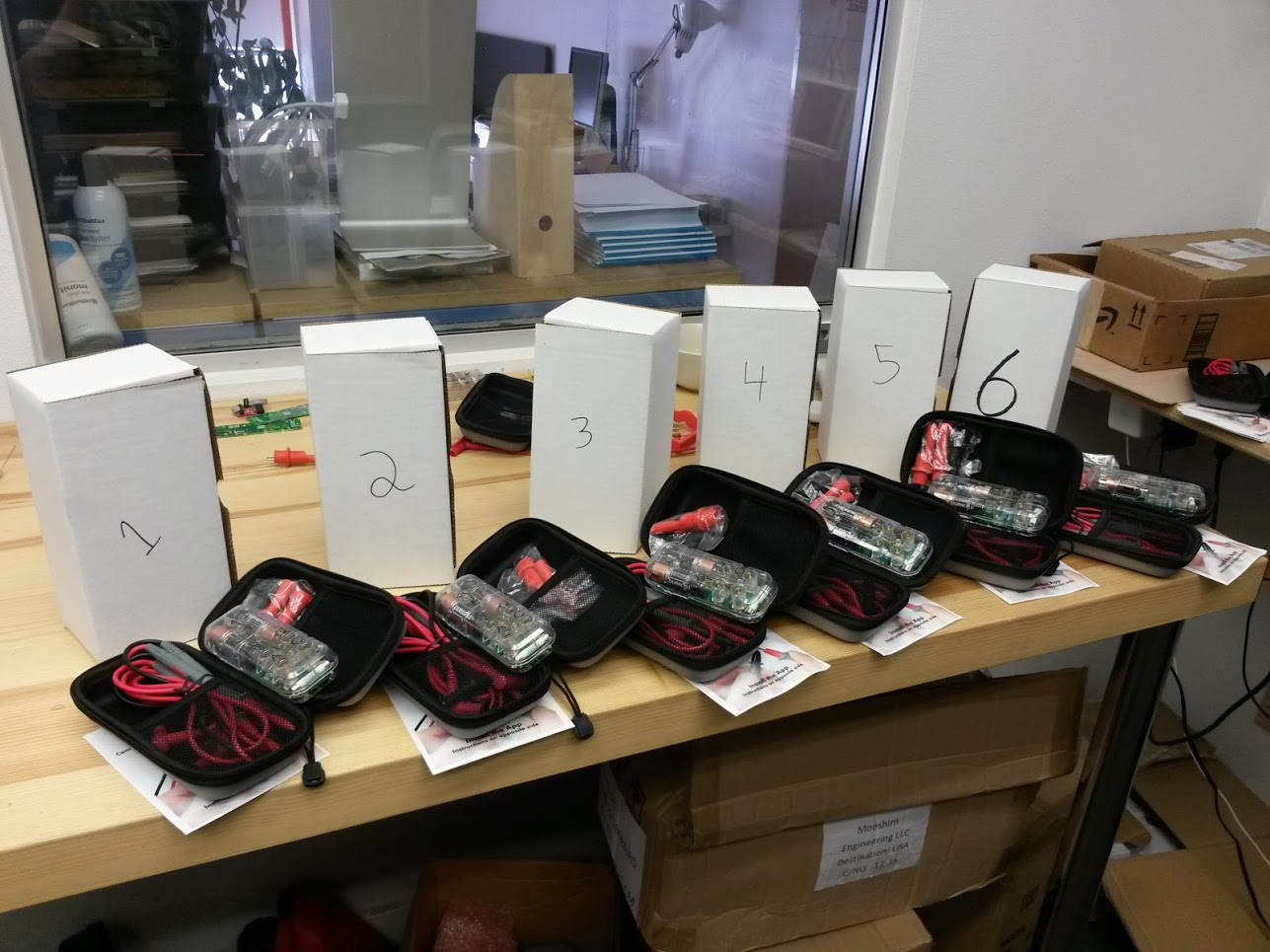 Overall, they were fantastic.  The DC voltage and current measurements were all within 0.01% (they’re specced at 0.5% and 1%, respectively).  The power consumption was all within spec, the radios performed well, they survived overload testing and blown fuses…  If they were shipped directly to customers, I think they would be happy.

BUT resistance measurements were slightly off (about 1%).  Even though that’s within spec, the Mooshimeter’s specs are deliberately extremely conservative.  After a lot of digging, we believe it’s a problem with the calibration fixture itself.  In one part of the process, the Mooshimeter is calibrated against a 1kΩ resistor.  We found that depending on placement of the Mooshimeter PCB within the calibration stand, a bad point contact could contribute up to 10 extra ohms to the resistance path, easily enough to throw a reading by 1% (1% of 1kΩ = 10Ω). 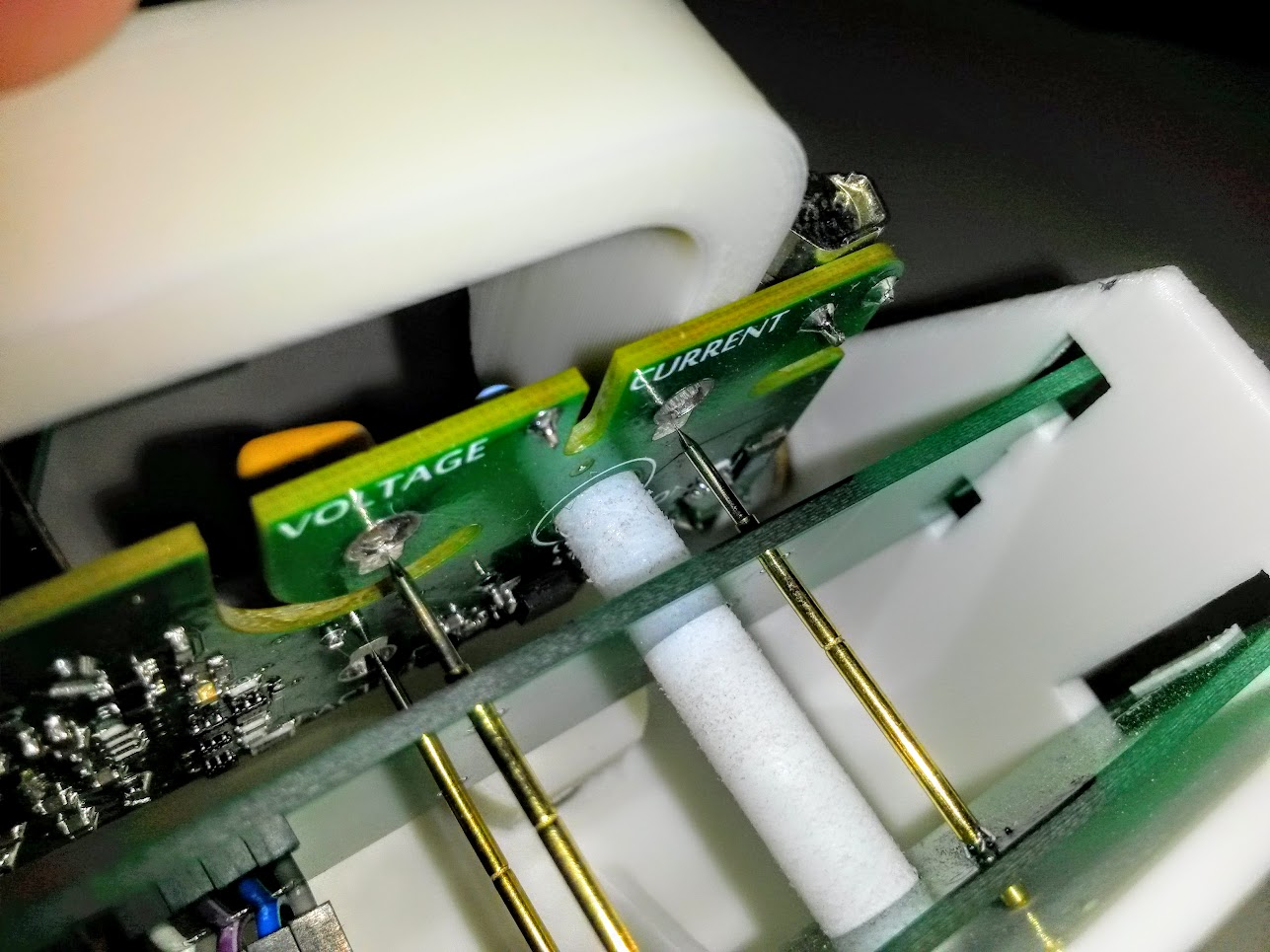 Closeup of a prototype calibration stand: Depending on the placement of the PCB in the board, these point contacts were found to contribute up to 10 ohms to the path.

We resolved the issue, so the bulk of the Mooshimeters are undergoing programming and calibration now, with the goal of starting to ship pre-orders next week.  Thank you again for your patience, and thanks for reading.