The second round of Mooshimeters started arriving at their new homes the week before last, and we’ve had some new bug reports.  We’ve just released fixes for the two most troubling ones.

How to get the fix:

Some iOS users were reporting that the Mooshimeter would disconnect from Bluetooth after a few seconds in an AC measurement mode.  This bug has been fixed via a firmware update.  To apply the update:

Better automation of firmware uploading is in the works, but that requires an iOS App update and another Apple approval cycle.

Technical Details on the bug:

The iOS app was disconnecting from the Mooshimeter at random after AC mode was selected.  The same Mooshimeters worked fine from an Android device.  This led us to believe there was a bug in the iOS app itself, but that was incorrect.

It turns out the bug was an interaction between some versions of iOS and the new firmware.  The new version of firmware takes ever-so-slightly longer to process samples than the old version.  It’s just long enough that it will sometimes cause the Mooshimeter to miss a BLE connection event with the iOS device, causing the iOS device to report the meter as disconnected.  By further breaking up the math-heavy parts of processing and spreading them out over multiple connection events, we can avoid skipping connection events.

The other road block users encountered was trouble in upgrading the Mooshimeter firmware.  In the last Android app release, the firmware upload speed was increased dramatically (from roughly 12 minute process to 2 minute process).  However, the accelerated process seems to fail with some Android phones running older versions of Android.  We added a checkbox option to the firmware upload screen to upload using the older, slower technique. 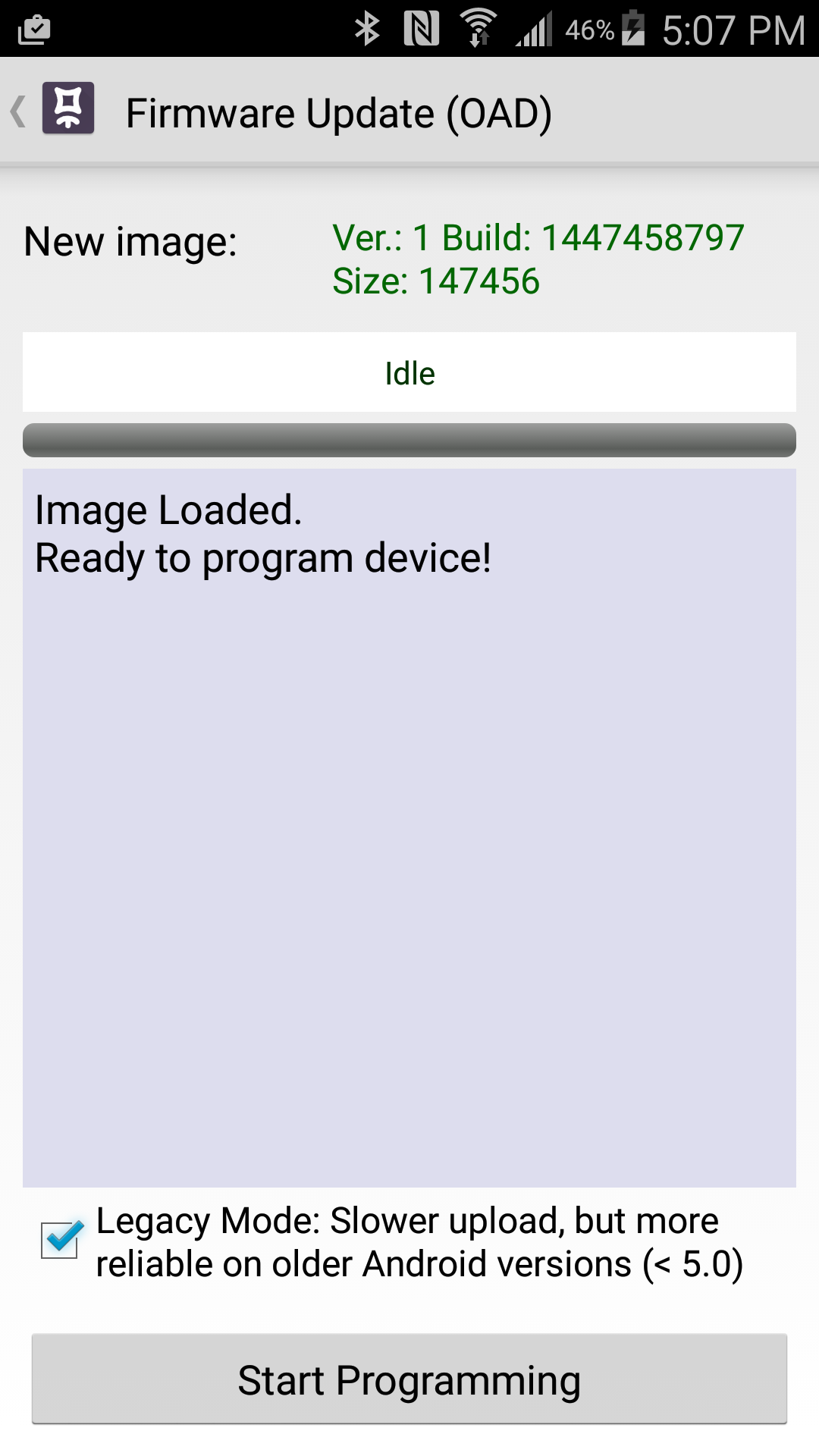 Thank you to those who reported these bugs, especially the users in the forum who posted technical details (nidlaX, Dustin A, others), good feedback is very helpful in getting these issues resolved!

9 Responses to “Bugfixes in iOS and Android”