For the last few months I’ve been hammering on firmware and app updates.  They ended up going way deeper than I meant to; the firmware and apps had accrued a lot of technical debt getting the Mooshimeter out to market as fast as possible.  The new features have just been released to Android beta, you can join the beta here.

I haven’t released the new features for iOS yet, I’ll be working on porting the features as soon as I’m done with this blog post.

Power Computation on the Mooshimeter

Up to now, real power analysis has only been available in buffer mode of the graphing screen, with no numerical output.  Now real power calculation is built in to the firmware itself, allowing you to see real vs. apparent power and power factor in the main numerical display.  Also it allows logging of real power and power factor to the SD card, which wasn’t previously possible since that math was being done in the app.

Previously, the Mooshimeter logged both AC and DC analysis for the channels being measured.  This means about half the data being written to the CSV file was simply not useful.  Now the Mooshimeter respects the user’s choice of AC vs. DC analysis and only writes the appropriate values to the CSV file.  This means smaller CSV files and longer battery life while logging.

The new firmware will automatically disconnect itself when it hears no activity from the other side of the link for 20 seconds, breaking the phantom connection.

The new firmware uses a much more orderly protocol than the old version.  More on that soon. 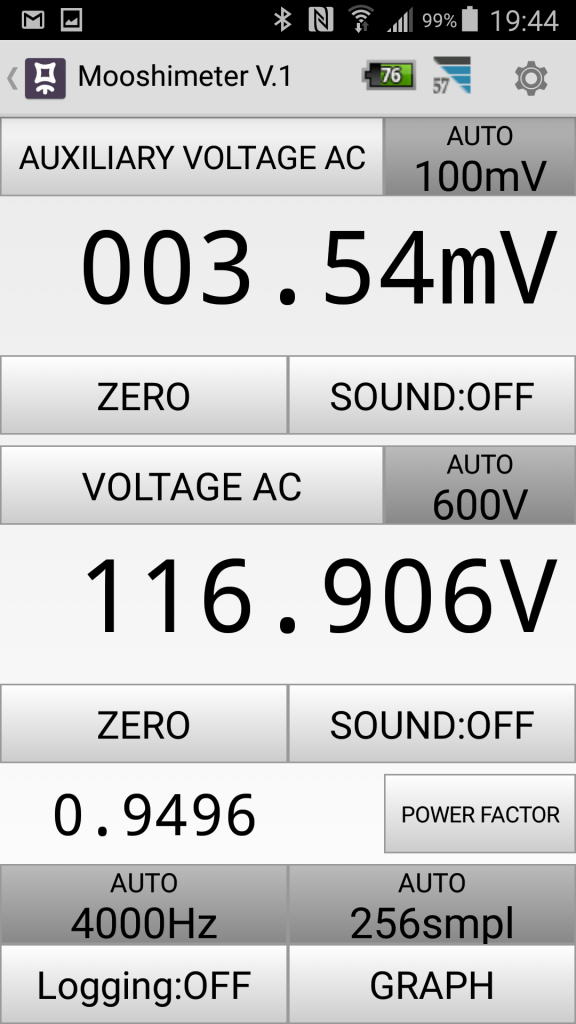 In the first version of the app, you cycled through settings by repeatedly tapping a button.  The “just keep poking” interface works, but it’s much more civilized to have all the options visible in a menu.

The app will now read values to you using Android’s text-to-speech.  It will read a value every 10 seconds, or whenever the value changes by a certain threshold.  I’ve found this quite useful with headphones in because I don’t have to take my eyes off my work.

There are a variety of new analysis options available that use a mix of the two measurement channels, and I wasn’t sure the right way to present this to the user.  I borrowed a page from the oscilloscope interface and added the new options as a third channel.  This channel allows you to see the result of analysis without blocking the underlying readings of the measurement channels. 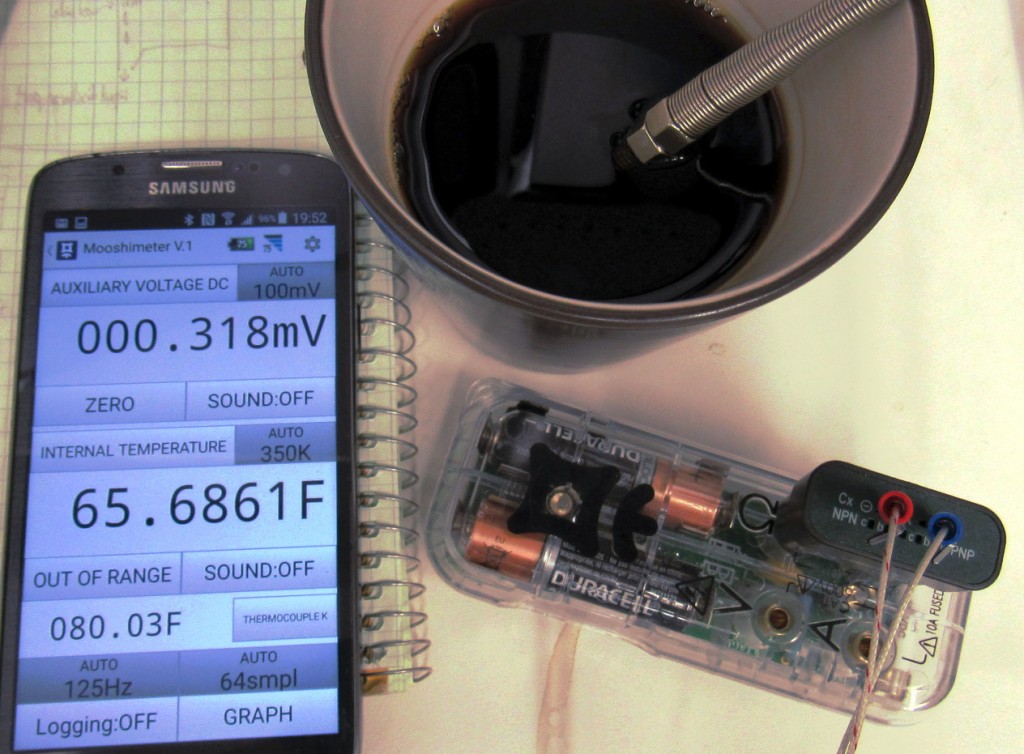 My coffee got cold writing this blog post and I can prove it.

Yes, Celsius is better in almost every way, but some people (myself included) still need Fahrenheit to make intuitive sense of the world.  This option is now available under the global preferences.

It’s much easier to track down your meter now with the signal strength indicator, and the battery indicator helps you know when to replace the batteries. 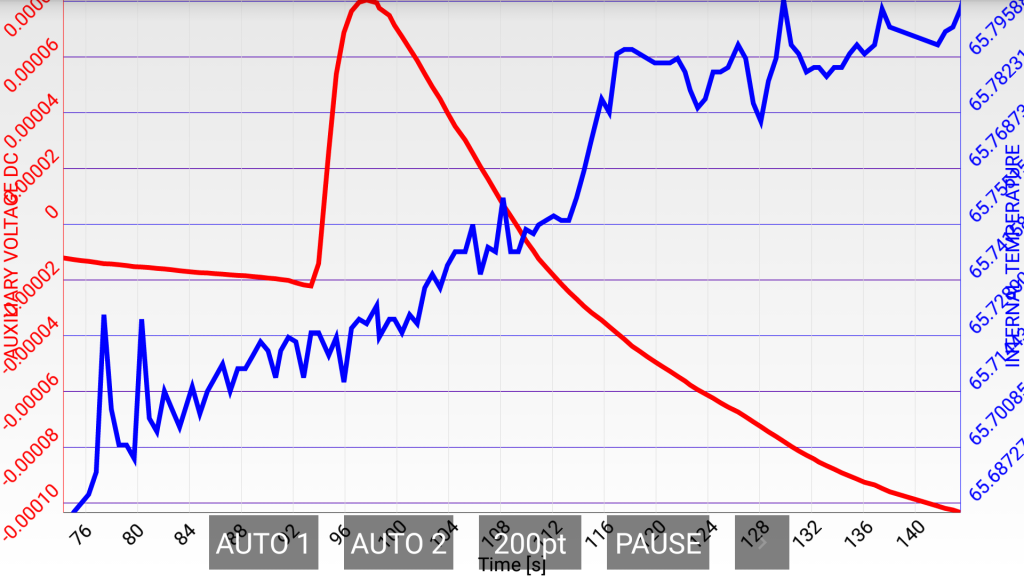 No More “Tilt to Graph”

This feature was fun for demonstrating the Mooshimeter, but feedback from the field says it’s less than ideal for users who need to move around because it means their phone’s orientation is switching the meter between two modes.  Now there is simply a button to move to graph mode.

Manual Scaling in the Graph

This was a frequently requested feature because the autoscaling graph made it hard to use for resistances (where disconnected probes made the graph shoot to infinity).  Now the graph axes can be individually scaled.

You can specify the number of points on screen, and scroll back through the data to the beginning of the graphing session.

The app should look better on smaller screen sizes now.

On the technical front, these improvements need to be ported to iOS, so I’m working on that now.  There are some website updates in the works as well, including a new product video.  The last few months have really been a slog, but hopefully now that I’m through the lion’s share of technical debt I will release updates more frequently.

That’s all for now, thanks for reading!